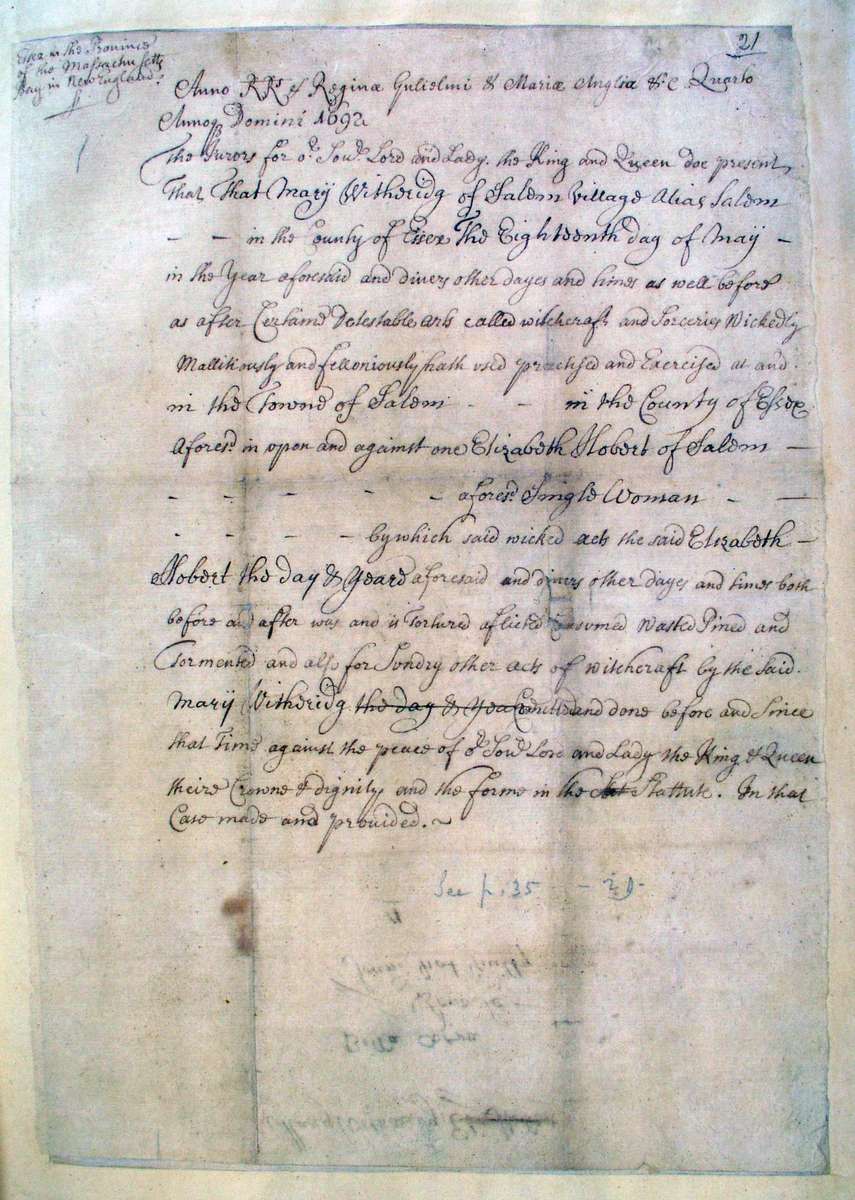 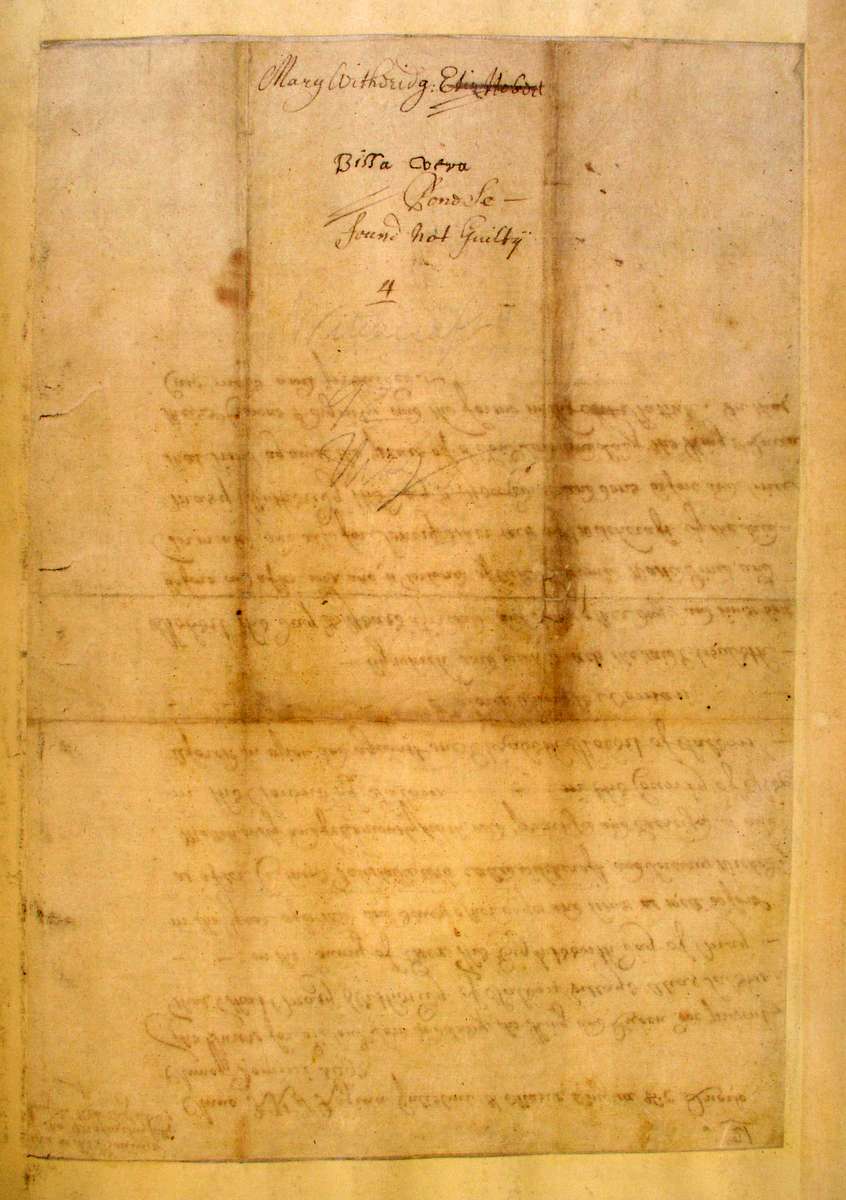 Essex in the Province of the Massachusetts Bay in New England: ss ]

The Jurors for o'r Sov'r Lord and Lady. the King and Queen doe present That #[That] Mary Witheridg of Salem Village Alias Salem in the County of Essex The Eighteenth day of Maÿ in the Year aforesaid and divers other dayes and times as well before as after Certain detestable Arts called witchcraft and Sorceries Wickedly Mallitiously and felloniously hath used practised and Exercised at and in the Towne of Salem in the County of Essex Afores'd in upon and against one Elizabeth Hobert of Salem afores'd Single Woman by which said wicked Acts the said Elizabeth Hobert the day & Yeare aforesaid and divers other dayes and times both before and after was and is Tortured aflicted Consumed Wasted Pined and Tormented and also for Sundry other Acts of Witchcraft by the said Mary Witheridg #[the day & Yea] Comitted and done before and Since that Time against the peace of o'r Sov'r Lord and Lady the King & Queen theire Crowne & dignity and the forme in the #(Stat) Stattute. In that Case made and provided. -- 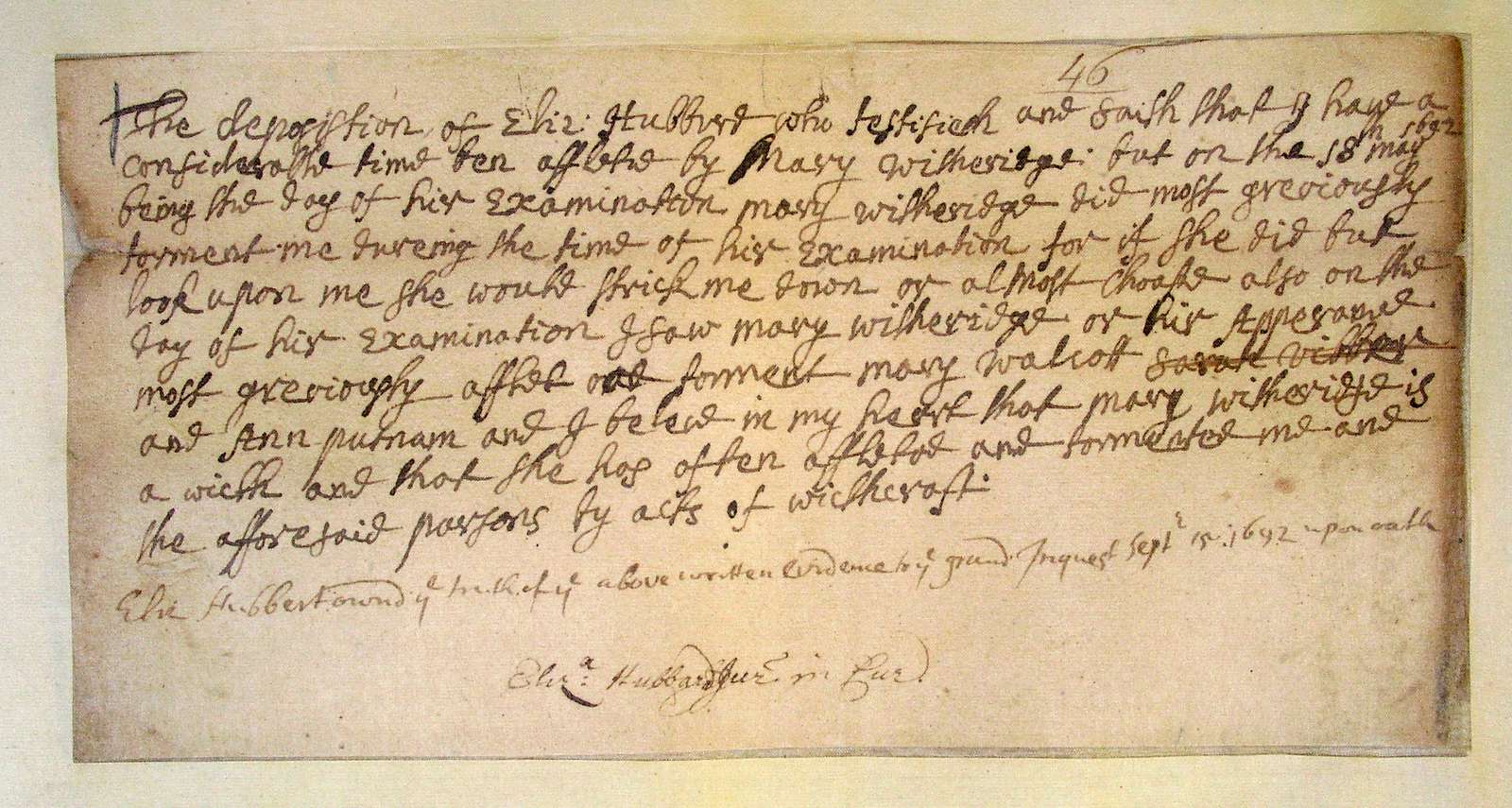 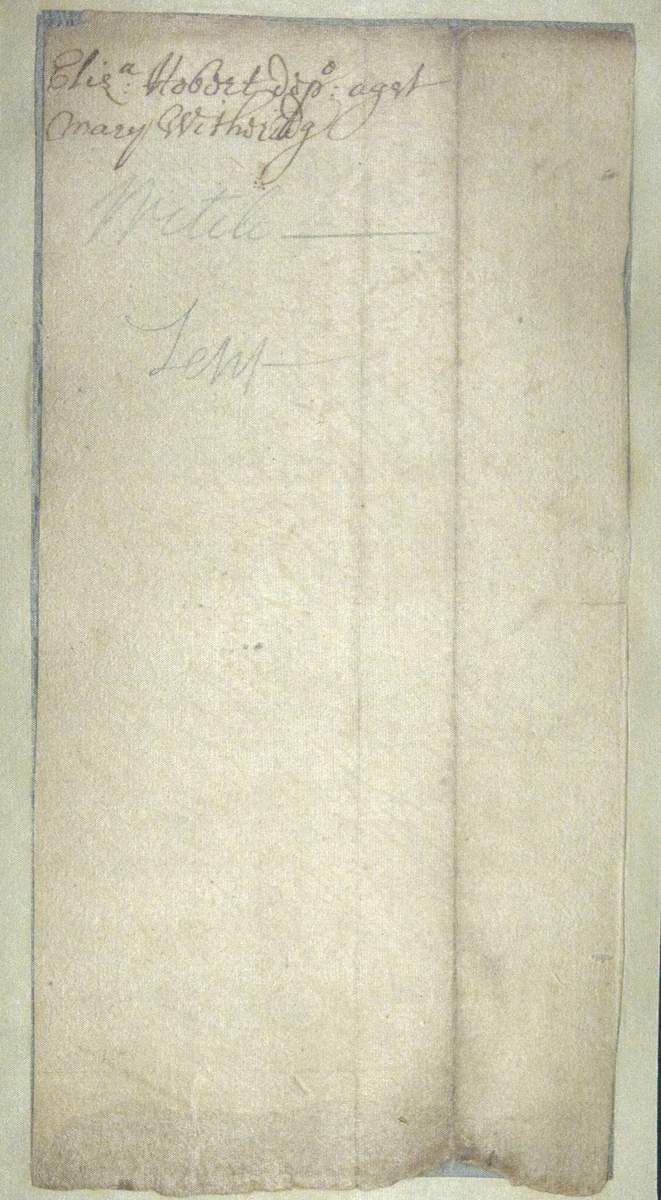 Eliz. Hubbert: ownd: the truth of the above written evidence by the grand Inquest Sept'r 15: 1692 upon oath Eliza' Hubbard Jurat in Cur.