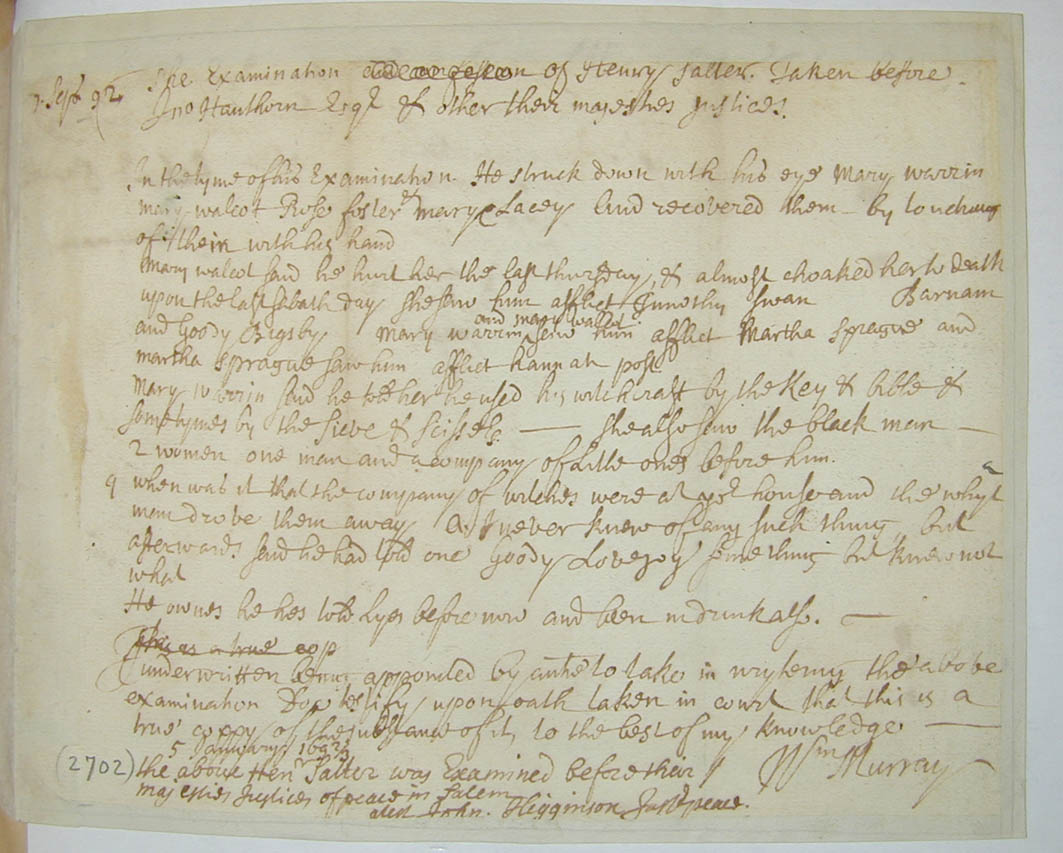 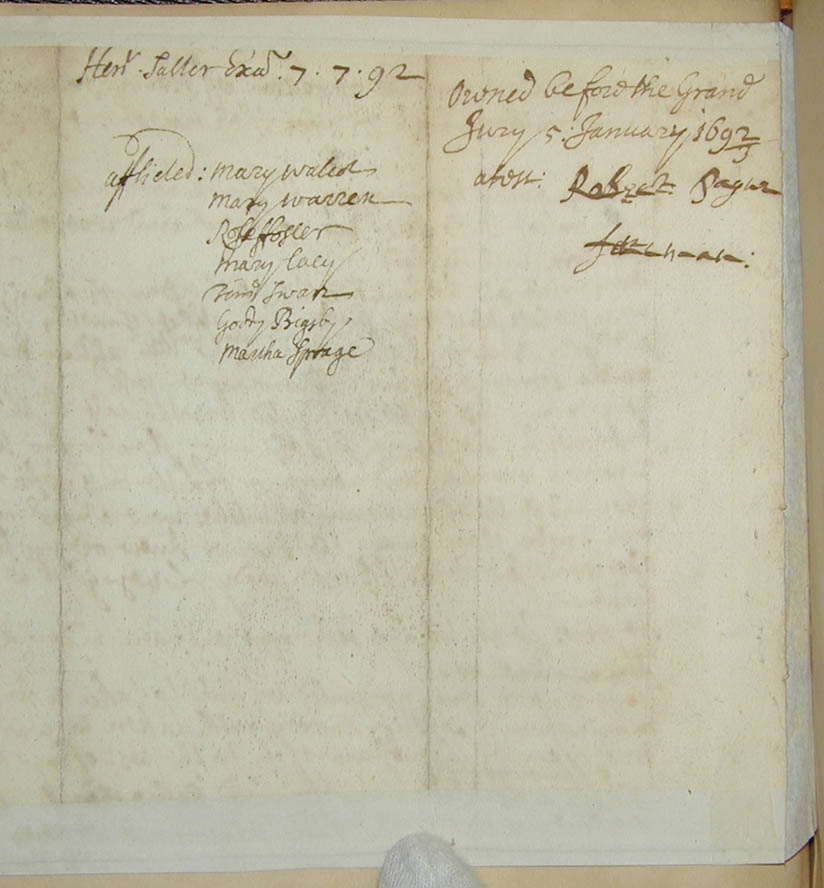 The Examination #(and confession) of Henry Salters. Taken before Jno Hauthorn Esq'r & other their majesties Justices.

In the tyme of his Examination He struck down with his eye Mary warrin mary walcot Rose foster & mary Lacey And recovered them by touching of them with his hand
mary walcot said he hurt her the last thursday, & almost choaked her to death upon the last Sabath day she saw him afflict Timothy swan [ ] Barnam and Goody Bigsby Mary Warren and saw him afflict Martha Sprague saw him afflict hannah Post .
Mary warrin said he told her he used his witchcraft by the Key & bible & sometymes by the sieve & scisse's. she also saw the black man -- 2 women one man and a company of Litle ones before him.
[?] when was it that the company of witches were at yo'r house and the whyte men drove them away A. I never knew of any such thing, but afterwards said he had told one Goody Lovejoy something but knew not what --
He ownes he has told Lyes before now and been in drink also/

(This is a true cop) I underwritten being appointed by auhe[=oath] to take in wryteing the above examination Doe testify upon oath taken in court that this is a true coppy of the substance of it, to the best of my knowledge --
5 January 1692/3 *W'm Murray

the above Hen[ry] Salter was Examined before
their majesties Justices of peace in Salem
atest *John. Higginson Just'e peace. 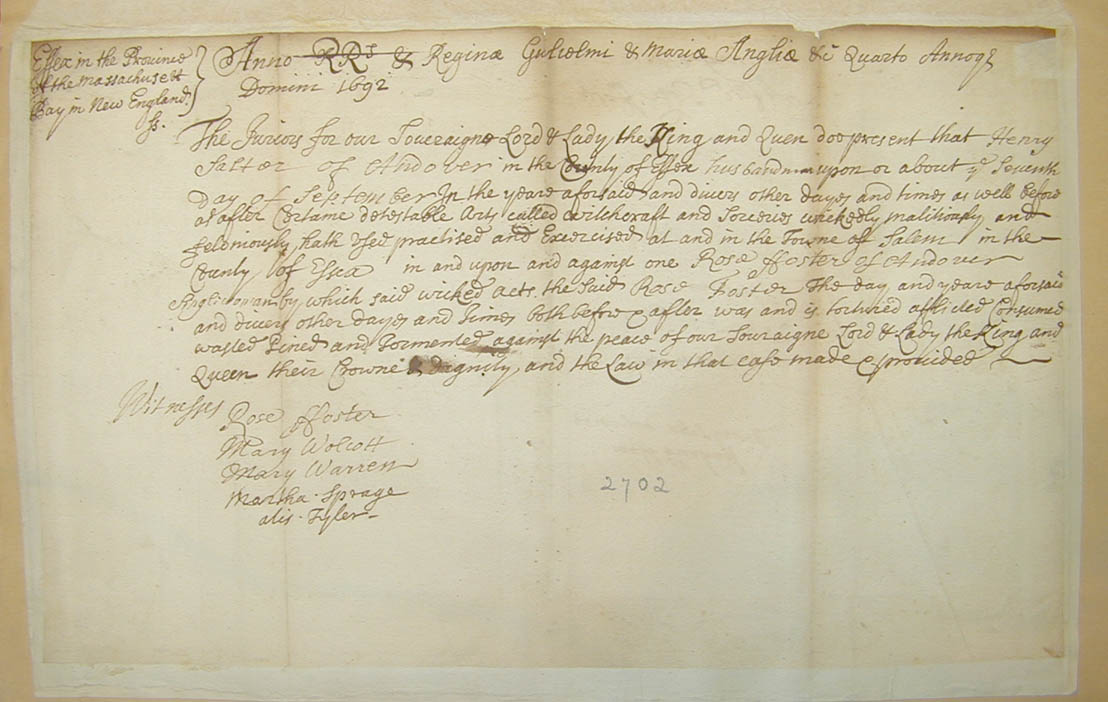 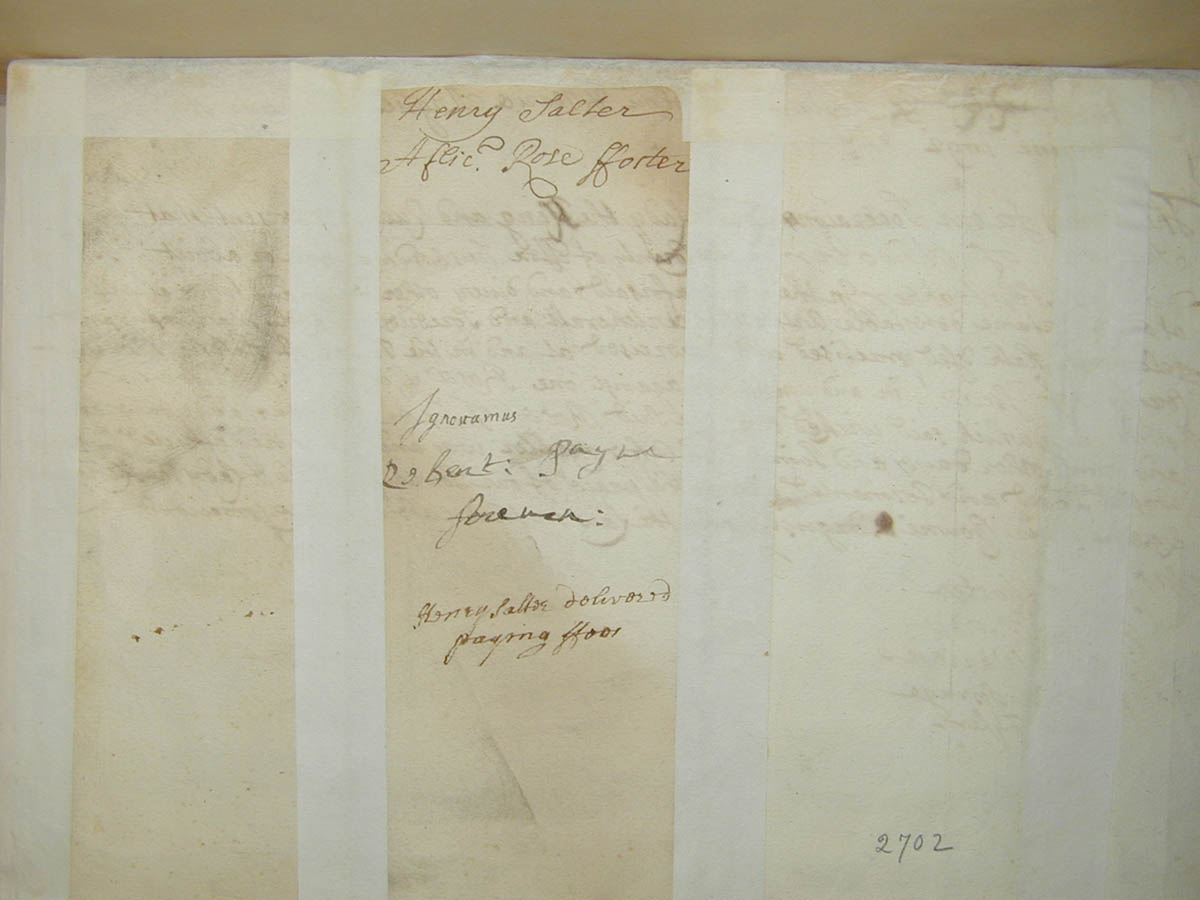