SWP No. 168: A Bill Against Conjurations, Witchcraft, and Dealing with Evil and Wicked Spirits (December 1692) 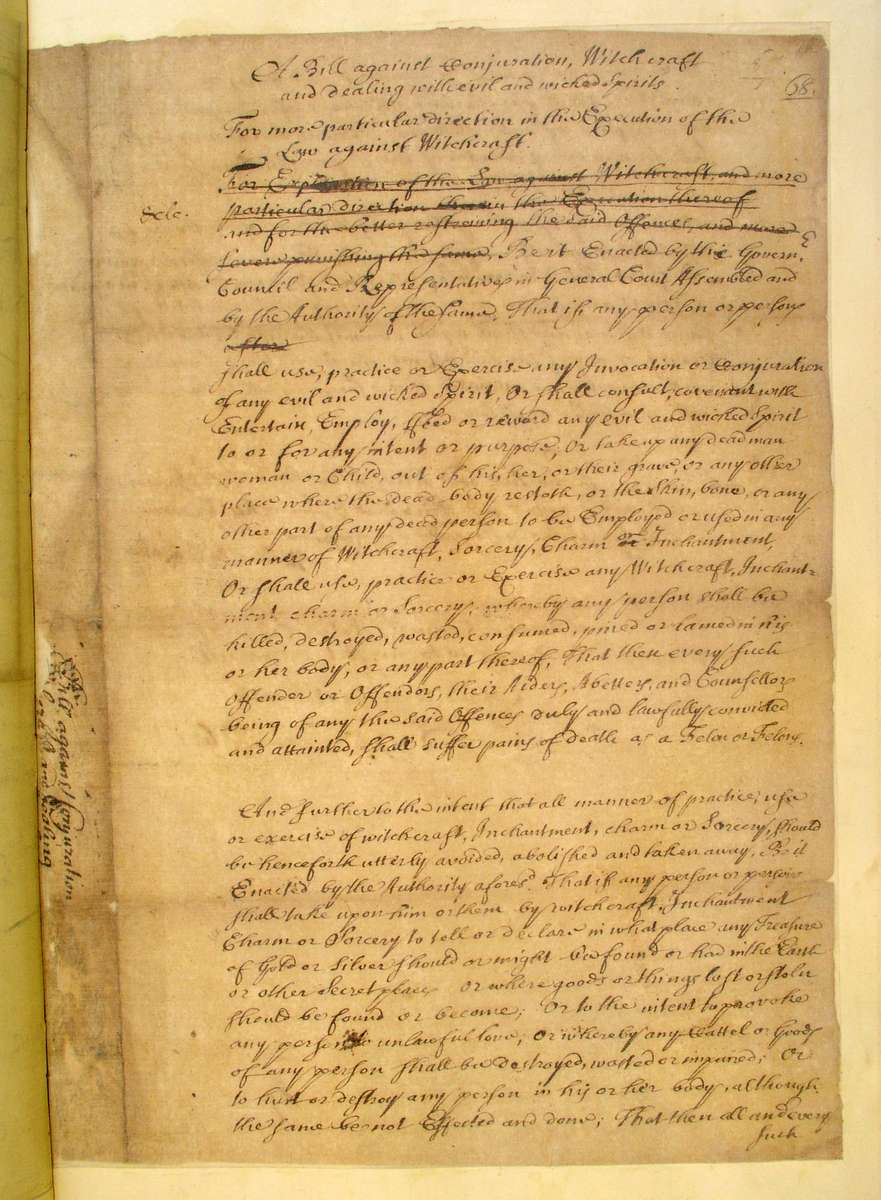 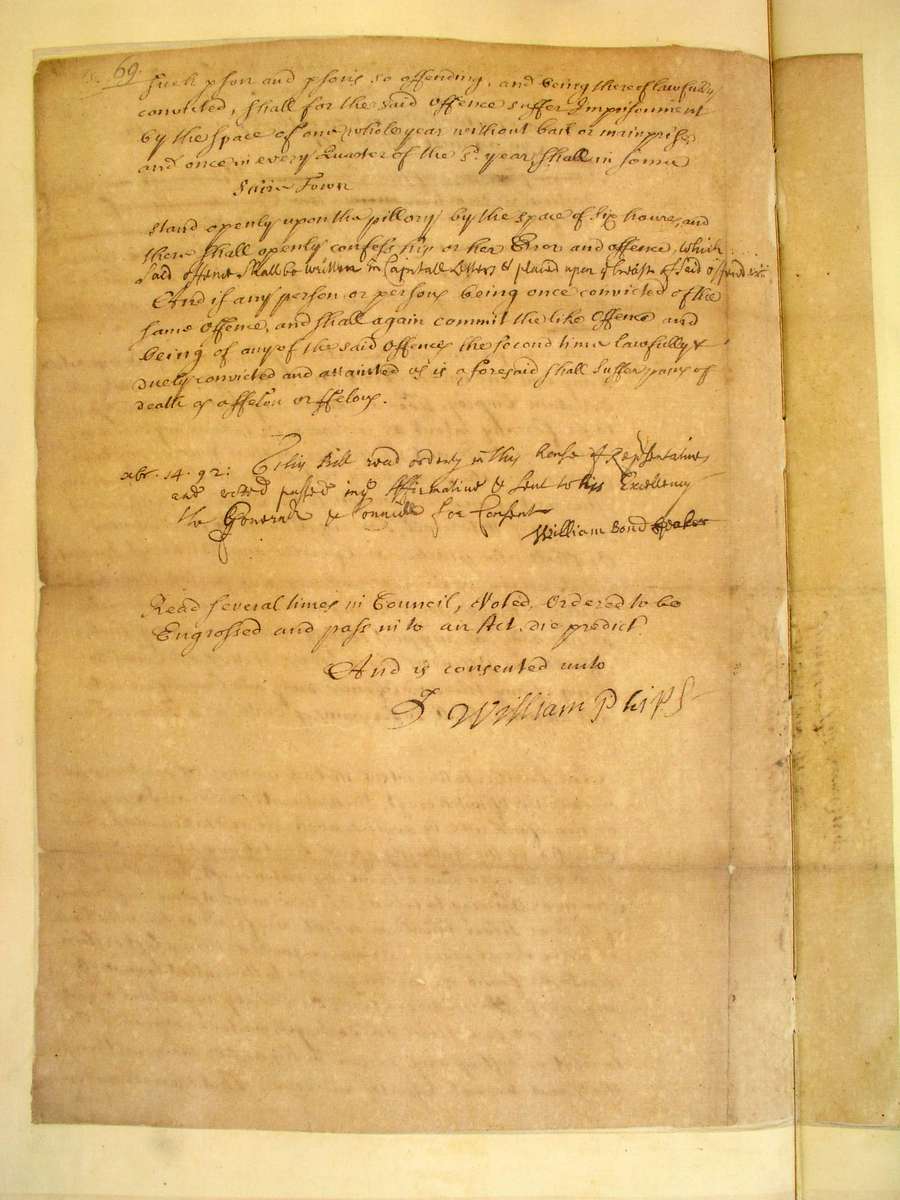 (A Bill against Conjuration, Witchcraft and Dealing with Evil and Wicked Spirits)

For more particular direction in the Execution of the Law against Witchcraft.

(Crossed out: For Explanation of the Law against Witchcraft and more particular direction therein the Execution thereof and for the better restraining the said Offences, and more severe punishing the same,)

Be it enacted by the Govern'r Council and Representatives in General Court Assembled and by the Authority of the same, That if any person or persons #[after] shall use, practice or Exercise any Invocation or Conjuration of any evil and wicked Spirit, Or shall consult, covenant with Entertain, Employ, feed or reward any evil and wicked Spirit to or for any intent or purpose; Or take up any dead man woman or Child, out of his, her, or their grave, or any other place where the dead body resteth, or the Skin, bone or any other part of any dead person to be Employed or used in any manner of Witchcraft, Sorcery, Charm or Inchantment, Or shall use, practice or Exercise any Witchcraft, Inchantment charm or Sorcery, whereby any person shall be killed, destroyed, wasted, consumed, pined or lamed in his or her body, or any part thereof, That then every such Offender or Offen-ders, their Aiders, Abetters, and Counsellors being of any the said Offences duly and lawfully convicted and attainted, shall suffer pains of death as a Felon or Felons.

And further to the intent that all manner of practice, use or exercise of witchcraft Inchantment, charm or Sorcery, should be henceforth utterly avoided, abolished and taken away, Be it Enacted by the Authority afores'd That if any person or persons shall take upon him or them by Witchcraft, Inoffending, and being thereof lawfully convicted, shall for the said offence suffer Imprisonment by the space of one whole year without bail or mainprise and once in every Quarter of the s'd year shall in some

stand openly upon the pillory by the space of Six houres, and there shall openly confess his or her Error and offence, which said offence shall be written in Capitall Letters & placed upon the breast of said offender And if any person or persons being once convicted of the same Offence, and shall again commit the like Offence and being of any of the said Offences the second time lawfully & duely convicted and attainted as is aforesaid shall Suffer pains of death as a felon or felons.

X'br [=December].14.92 : This Bill read orderly in This house of Representatives and voted passed in the Affirmative & Sent to his Excellency the Governor & Councill for Consent

Read several times in Council, Voted, Ordered to be Engrossed and pass in to an
Act, die predict

And is consented unto