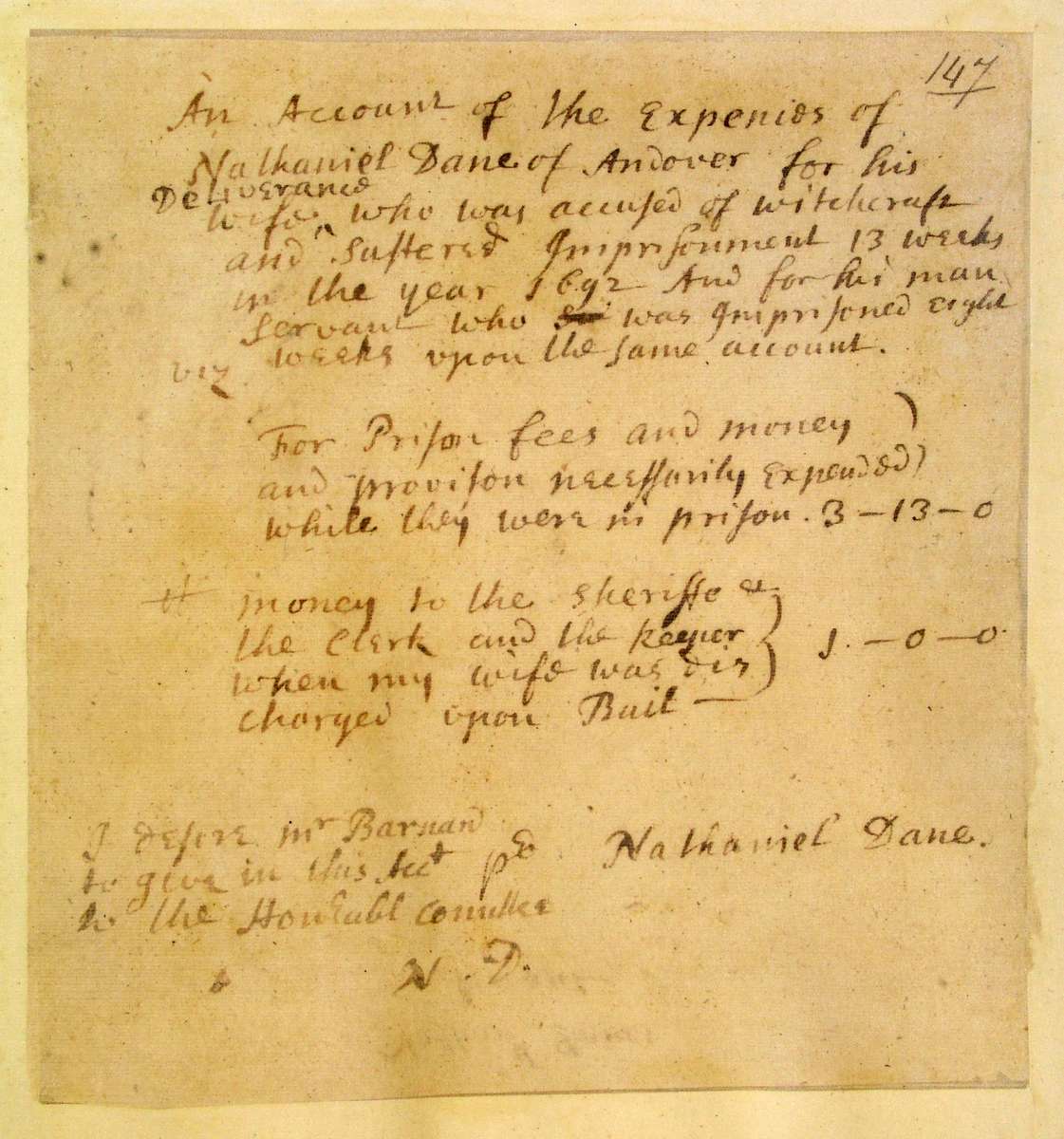 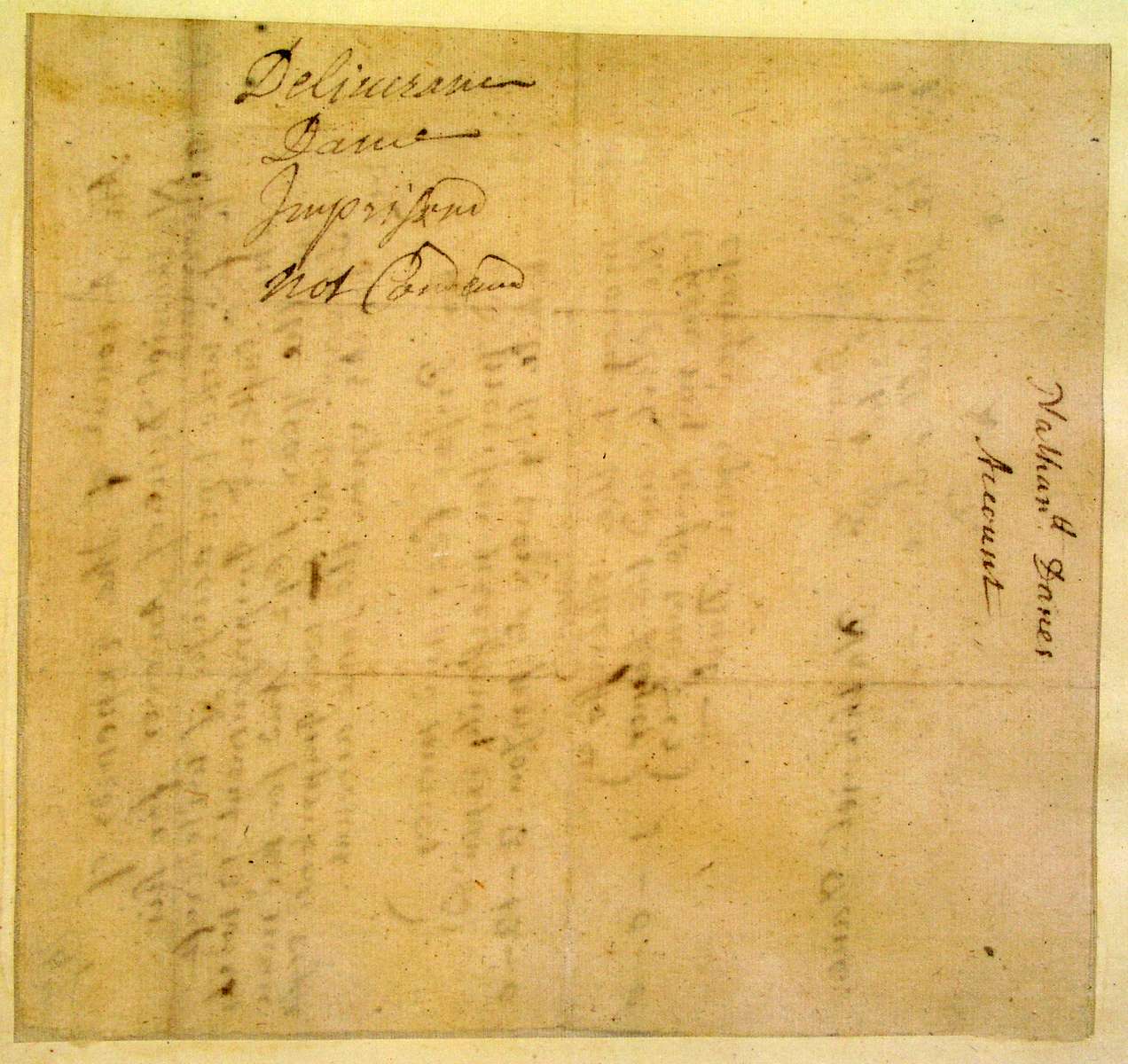 (Petition for Restitution of Nathaniel Dane for Deliverance Dane )

An Account of the Expences of Nathaniel Dane of Andover for his wife Deliverance who was accused of witchcraft and Suffered Imprisonment 13 weeks in the year 1692 And for his man Servant who was Imprisoned eight weeks upon the same account.

I desire mr Barnard
to give in this Acct Pr *Nathaniel Dane
to the Hon'rable comittee
N.D.

(Fragment of an Examination of Deliverance Dane)

Deliverance Deane being asked why she and the rest brought in Mr. Deane as afflicting persons, she answered, it was Satan's subtilty, for he told her he would put a sham upon all these things, and make people believe that he did afflict. She said Mrs. Osgood and she gave their consent the devil should bring Mr. Deane's shape to afflict. Being asked again if Mrs. Osgood and she acted this business, she said yes.