When Jno Jaxon was brought into the room the Afflicted persons fell down: & he was asked: Can you tell why: these fall down: he s'd he was bewitched by his Ant How: about four year agoe: & did the Devill appear to you then he Answered yes: in the shape of a black man & would disturb him & not let him sleep a night: but he would not own: that ever he brought him a book he could say nothing about a book: being asked: where he was babtized: Answerd in Mr Phillips his meeting hous: but would not own that ever: the Devill babtized him nor: that ever: he had signed: to the Devils book: he s'd when asked that the Devil next appeared to him in the shape of a woman: he was asked what woman: he s'd his Aunt How: he s'd she asked: whether he would not set his hand to the Devils book but he sayd he did not see the Devils book: Ques: what other shapes did the Devil appear to you in: Answered: in the shape of Catts: he owned that the black man had bid him serve him the afflicted: s'd his father stood by him & bid him not Confess: which he owned & Cryed Quest. was your Aunt How a witch: A: yes she Afflicted me: when I was at work in the feild she Come & looked on me & tore down the fence & my head fell of aking when: she looked on me there was a black spott on my Hatt as if it was burnt but you say yo'r Aunt How & [yo'r] father bewitched you, when did yo'r father bewitch you: but answered not: it was s'd to him if you will not Confess witnes Should be called Mary Warin: was asked if this was one of them: men she saw: the other night: & s'd yes but was struck down into a fit: & s'd Jaxon touched her & she was well: she s'd s'd Jaxon afflicted her: then: & she had seen him afflict others: Mary Lacey s'd she knew s'd Jaxon: at Tilers: & she had seen him afflict others of the afflicted
Mary Warin: Mary Lasey Martha Spreag : & Rose foster fell into a fitt: & Jaxon cryed out: much like a fooll when: he was mad to touch the afflicted: but: they were all well: when he touched them: hannah Post s'd Jaxon was at the witch meeting att Andover she saw him there: Sarah Bridges: & Susana Post s'd Jaxon did let His presenc hurt them 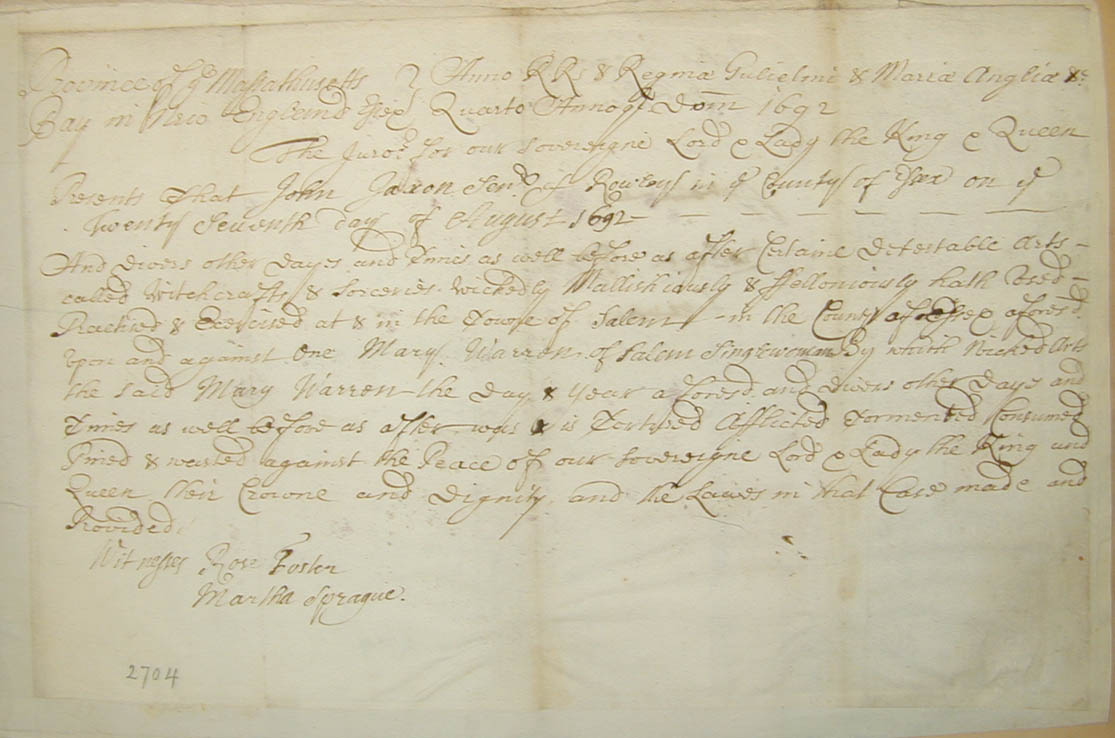 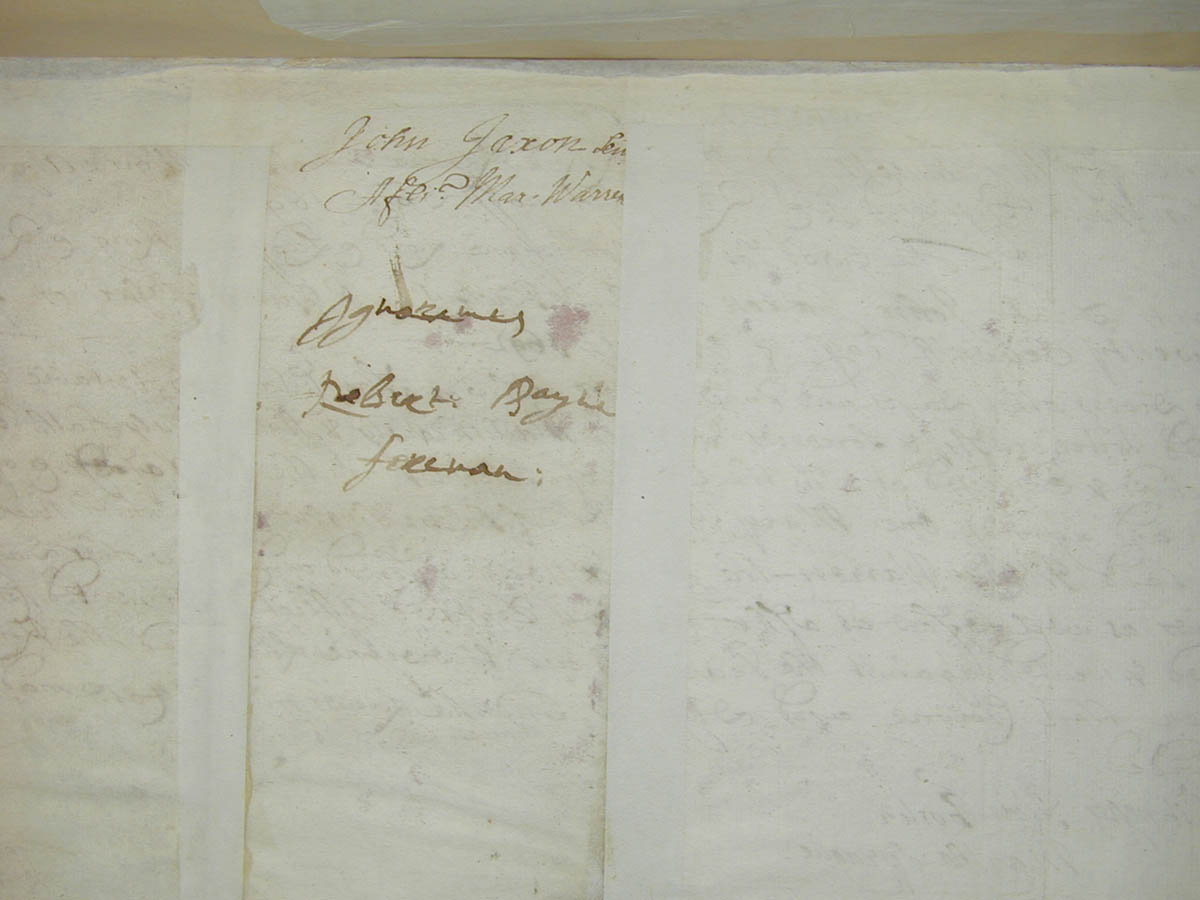 The Jurors for our Sovereigne Lord & Lady the King & Queen Present

That John Jaxon Jun'r. of Rowley on the 27th. day of August 1692 And divers other Dayes & times as well before as after Certaine detestable Arts called Witchcrafts and Sorceries Wickedly Mallishiously and felloniously hath used Practised & Exercised at and in the Towne of Salem in the County of Essex afores'd. upon and against one Mary Warren of Salem Singlewoman by which Wicked arts the said Mary Warren the Day and year afores'd: and Divers other Dayes and Times as well before as after was & is Tortured Afflicted Tormented Consumed & wasted against the Peace of our sovereigne Lord & Lady the the King & Queen their Crowne and Dignity and the Lawes in that case made & Provided.
Witnesses