(Warrant for the apprehension of Abigail Soames, and Officer's Return )

You are in theire Majest's names hereby required to apprehend and forthwith bring before us Abigaile Soames Single Woman, now Liveing at the house of Sam'l Gaskill in Salem; who stand accused of Sundry acts of #[Sundry] Witchcraft, (or high Suspition there of) donne or Committed by her Lately. on the Body of Mary Warren &c faile not Dated Salem, May the. 13'th 1692
per us John Hathorne Assis'ts
Jonathan Corwin 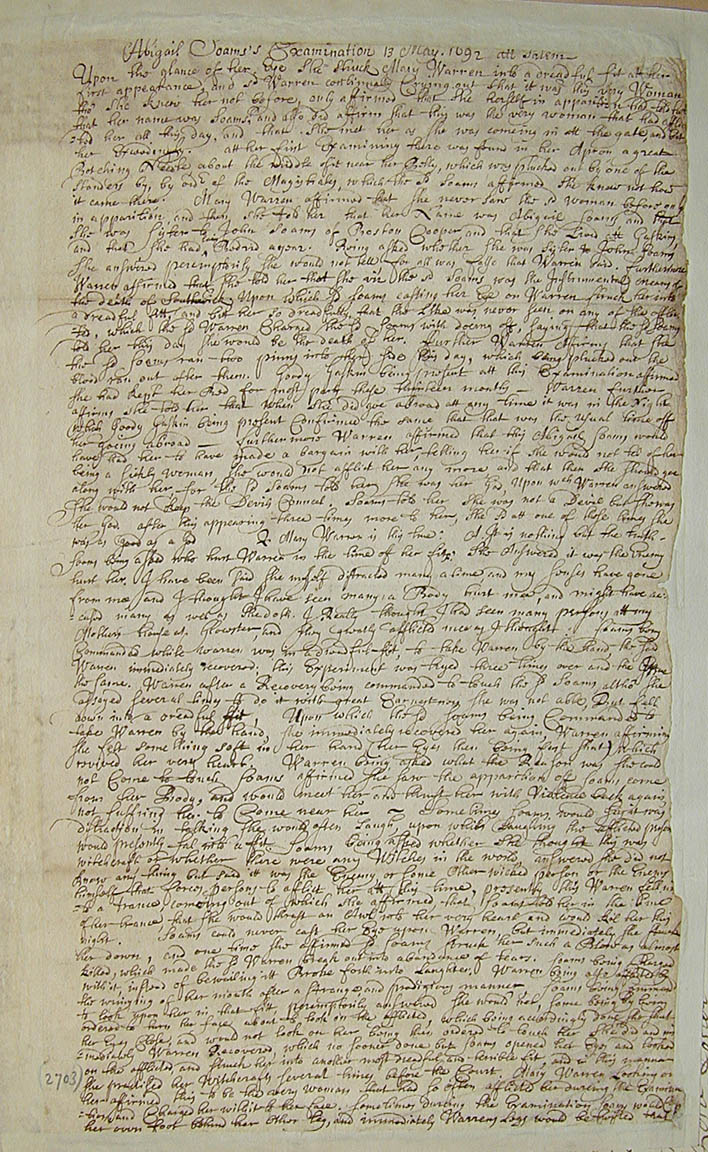 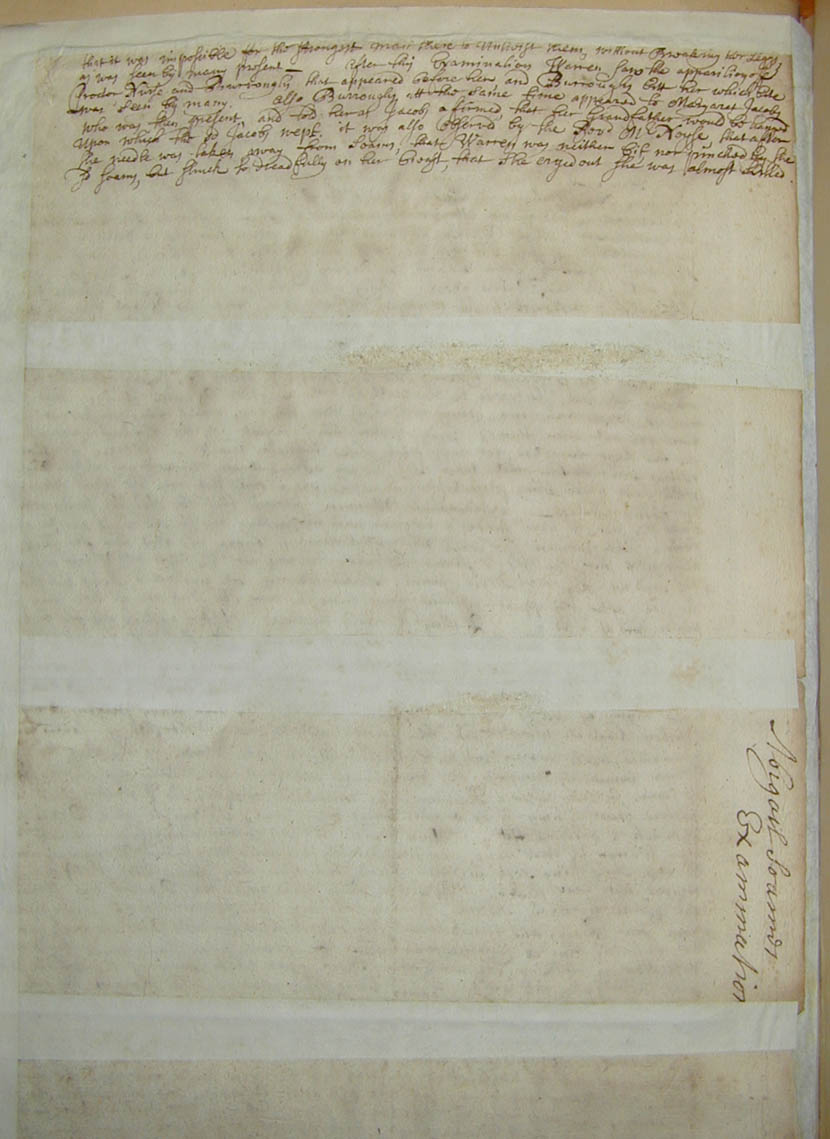 [Reverse] that it was impossible for the strongest man there to Untwist them, without Breaking her Leggs, as was seen by many present--After this Examination Warren says the apparition of Proctor Nurse and Burroughs that appeared before her, and Burroughs bitt her which bite was seen by many. Also Burroughs att the same time appeared to Margaret Jacobs who was then present, and told her as Jacobs affirmed, that her Grandfather would be hanged Upon which the s'd Jacobs wept. it was also Observed by the Rev'd M'r Noyse, that after the needle was taken away from Soams, that Warren was neither bit, not pinched by the s'd Soams, but struck so dreadfully on her breast, that she cryed out she was almost killed.

The Deposition of mary Warren who Testifieth & Saith that Abigaill Somes of Gloster hath often aflickted mee by bitting pricking & pinching of mee & halling mee about under the Table & s'd Somes s'd she had been #(half) bed Riden a twelvmoneth or their about & that she had never been out in the day time in s'd time but had been very often abroad in the night & when she was sent for to the village, I see her Aflict Ann Putnam & mary walcot owned before the Grand iury upon the
oath she had taken Jan'y 6'th 1692
Attests. *Robert Payn
foreman:

The Jurors For Our Soveraign Lord & Lady the King & Queen doe present that Abigaill Soames of #(Beverly) Salem Late of Glosster in the County of Essex Singlewoman upon the thirteenth day of May in the yeare afores'd & Divers other dayes & times as well before as after Certain detestable arts Called Witchcrafts & Sorceries Wickedly and felloniously hath used practised and Exercised att & in the Towne of Salem in the County of Essex afores'd in upon & against One Mary Warren of Salem Single woman by which Said Wicked arts the Said Mary Warren the day & yeare afores'd and divers other dayes & Times both before & after was & is Consumed Pined Wasted & Tormented Against the peace of Our Sovereaign Lord & Lady the King & Queen Thier Crowne & dignity & the Laws in that Case made and provided.