the deposistion of Ann putnam who testifieth and saith that on the: 8.th of may 1692 : there appeard to me the Apperishtion of an old gray-head man with a great nose which tortored me and almost Choaked me and urged me to writ in his book: and I asked him what was his name and from whence he came for I would complaine of him: and he told me he came from linne and people used to call him old father pharoah and he said he was my grandfather: for my father used to call him father: but I tould I would not call him: grandfather: for he was a wizzard and I would complaine of him: and ever sence he hath afflected me by times beating me and pinching me and all most Choaking me and urging me continewally to writ in his book

we whose names are under writen haveing been conversant with Ann putnam have hard hir declare what is above writen what she said she saw & heard from the apperishtion of old pharoah and also have seen hir tortors: and perceived hir hellish temtations by hir loud out cries I will not writ old pharaoh I will not writ in your book
*Thomas putnam
*Roburt Morrell 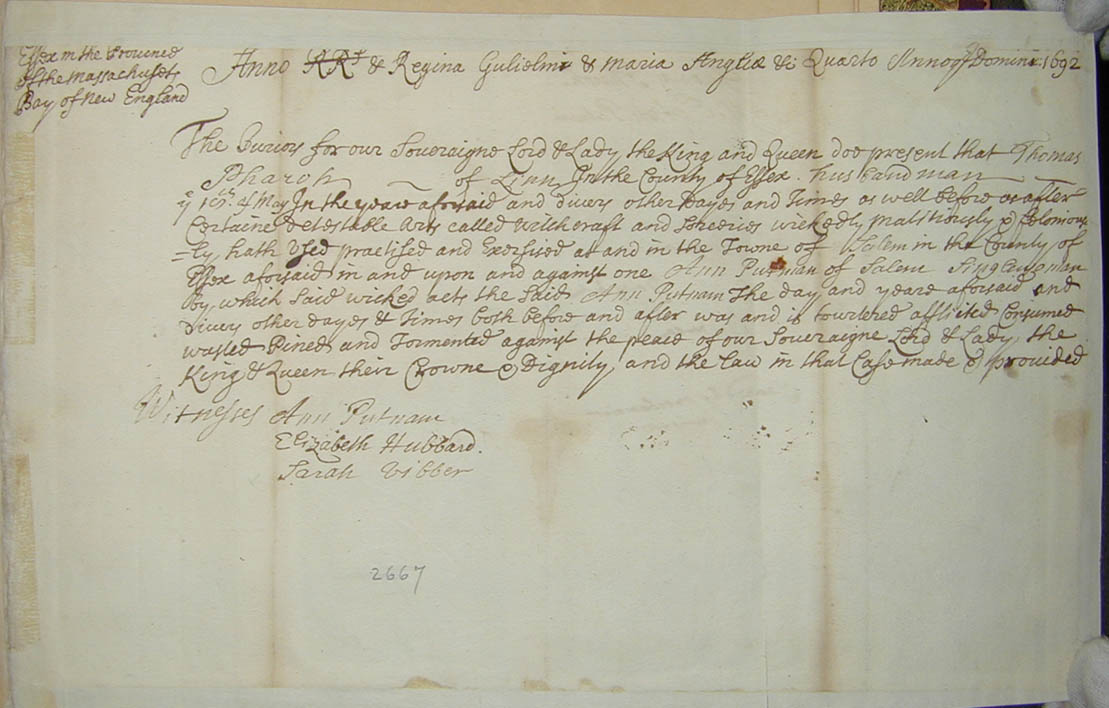 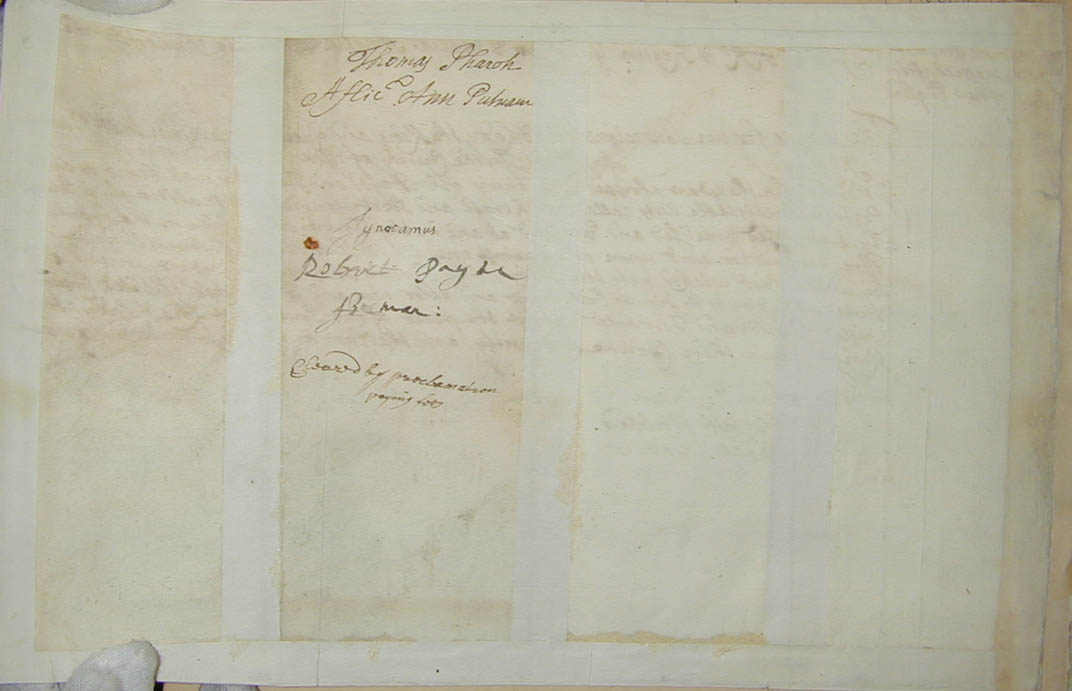 The Juriors for our Sovereigne Lord & Lady the King and Queen doe present that Thomas Pharoh -- of Linn In the County of Essex husbandman -- the 10th of May In the yeare aforesaid and Divers other Dayes and Times as well before as after Certaine Detestable Arts called Witchcraft and Sorceries wickedly malitiously & feloniously hath used practised and Exersised at and in the Towne of Salem in the County of Essex aforesaid in and upon and against one Ann Putnam of Salem. Singlewoman by which said wicked acts the Said Ann Putnam The day and year aforesaid and Divers other Dayes and Times both before and after was and is tortured afflicted Consumed wasted Pined and Tormented against the peace of our Soveraigne Lord & Lady the King & Queen their Crowne & Dignity and the law in that Case made & Provided
Witnesses
Ann Putnam
Elizabeth Hubbard
Sarah Vibber